The environmental design project at Hospital Sant Joan de Déu sets off from the following assignment: to “pediatrize” the recently renovated children’s hospital in Barcelona, which meant to adapt hospital space in a way that would increase children’s comfort, and foster interaction and play in typically unpleasant spaces.

“Animals playing hide-and-seek” was developed as a storyline throughout the hospital areas. The system generates from real-scale animal shapes, which hide behind architectural elements and are built by using a very specific visual language based on a repetition of patterns, a fixed colour palette and a constant dialogue between 2D and 3D. On the one hand, it solves the need to “pediatrize” the hospital and, on the other, it helps build a continuous visual identity for large-scale space, so that it is helpful for users but also respects and integrates in the preexisting architecture. The project was initially conceived for one area, but it soon expanded to all hospital floors and even beyond its walls into the outdoor areas. 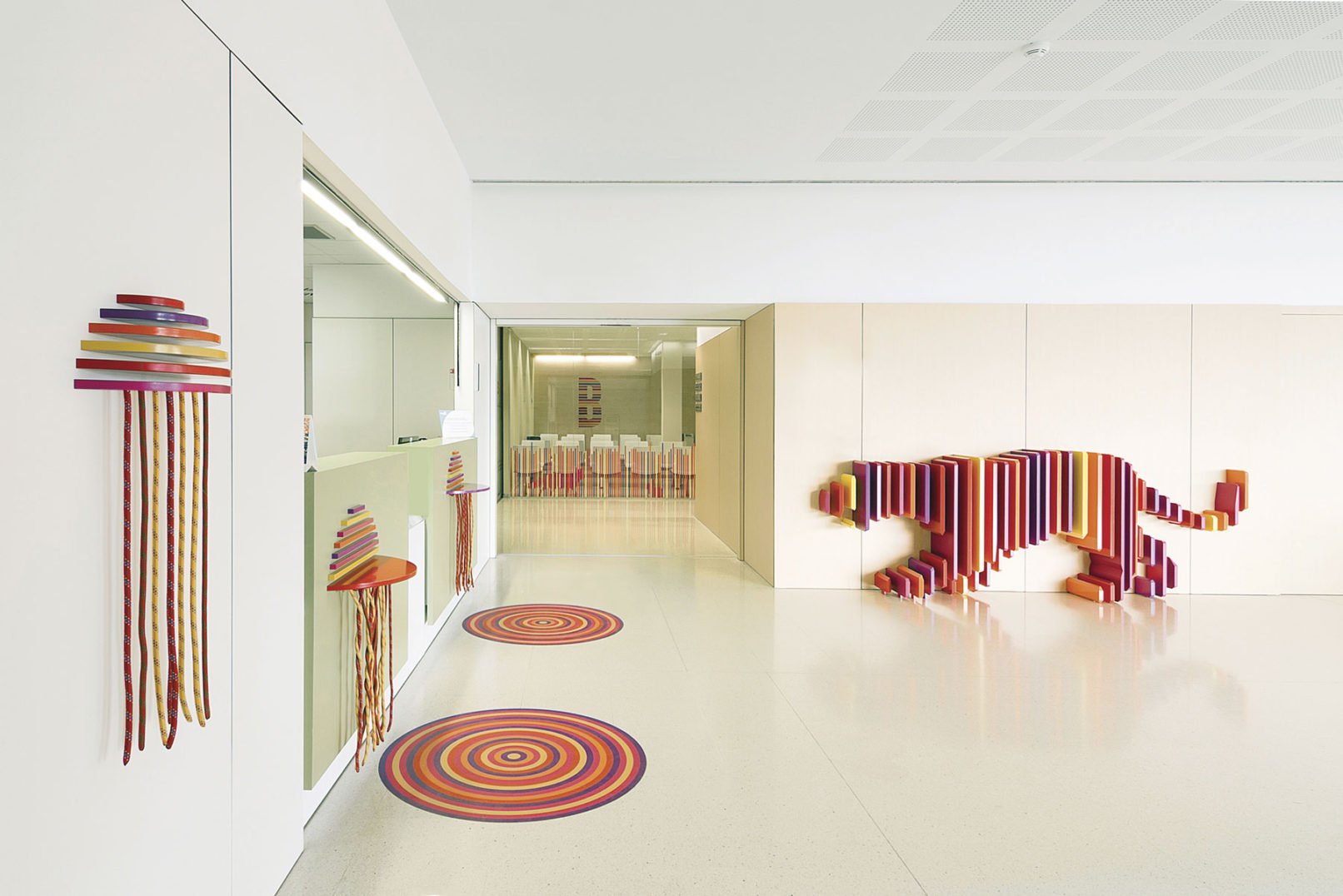 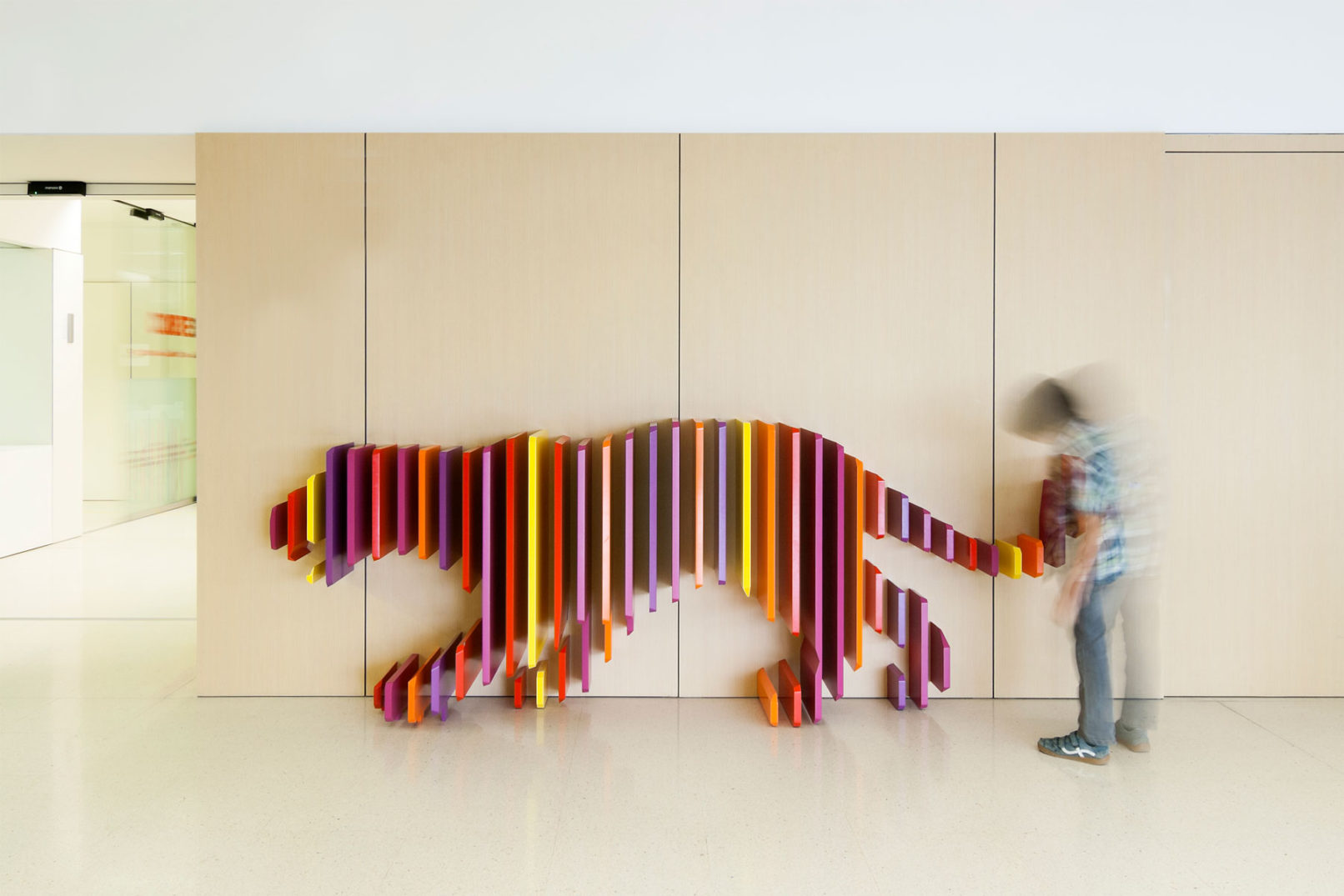 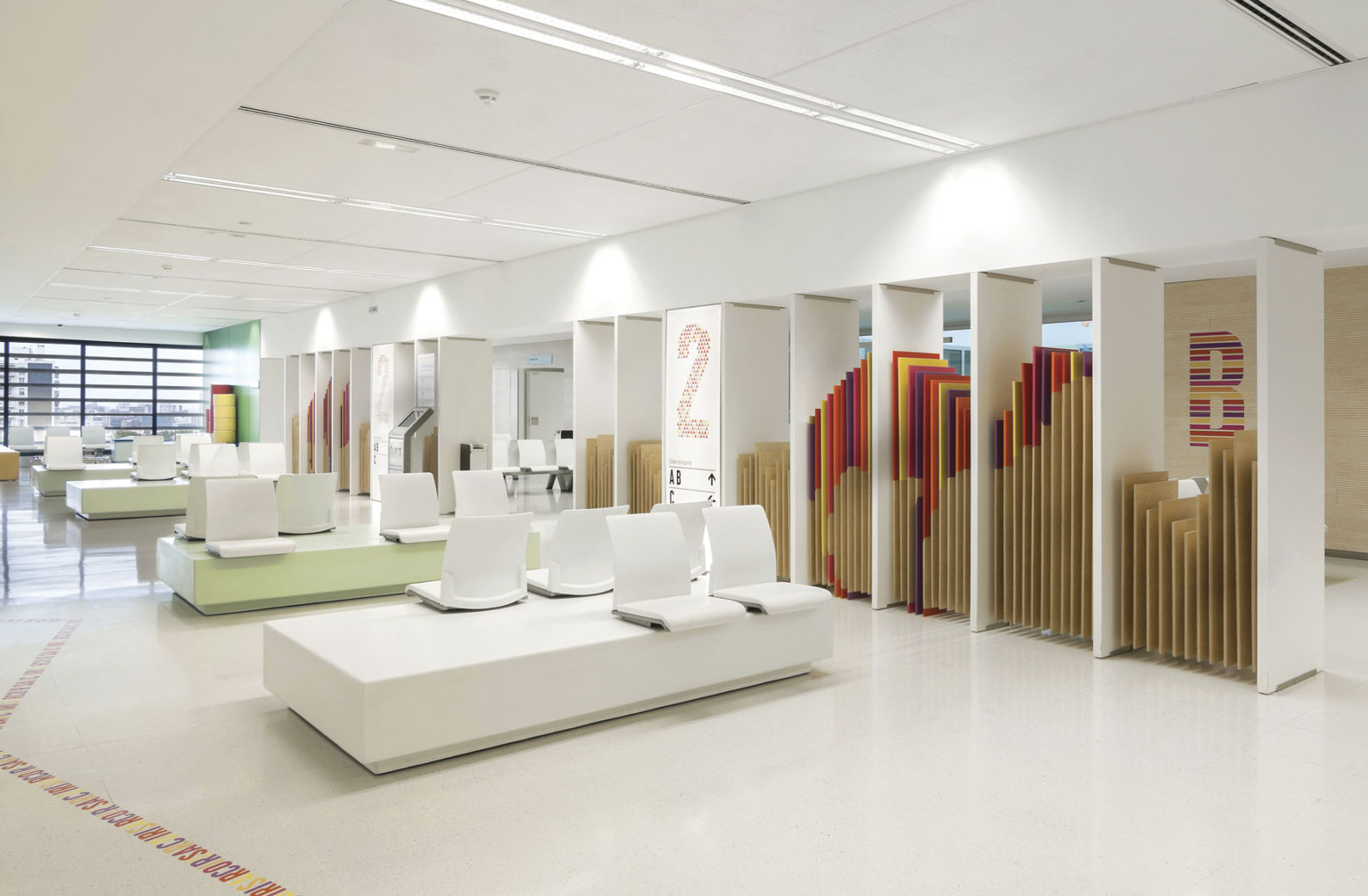 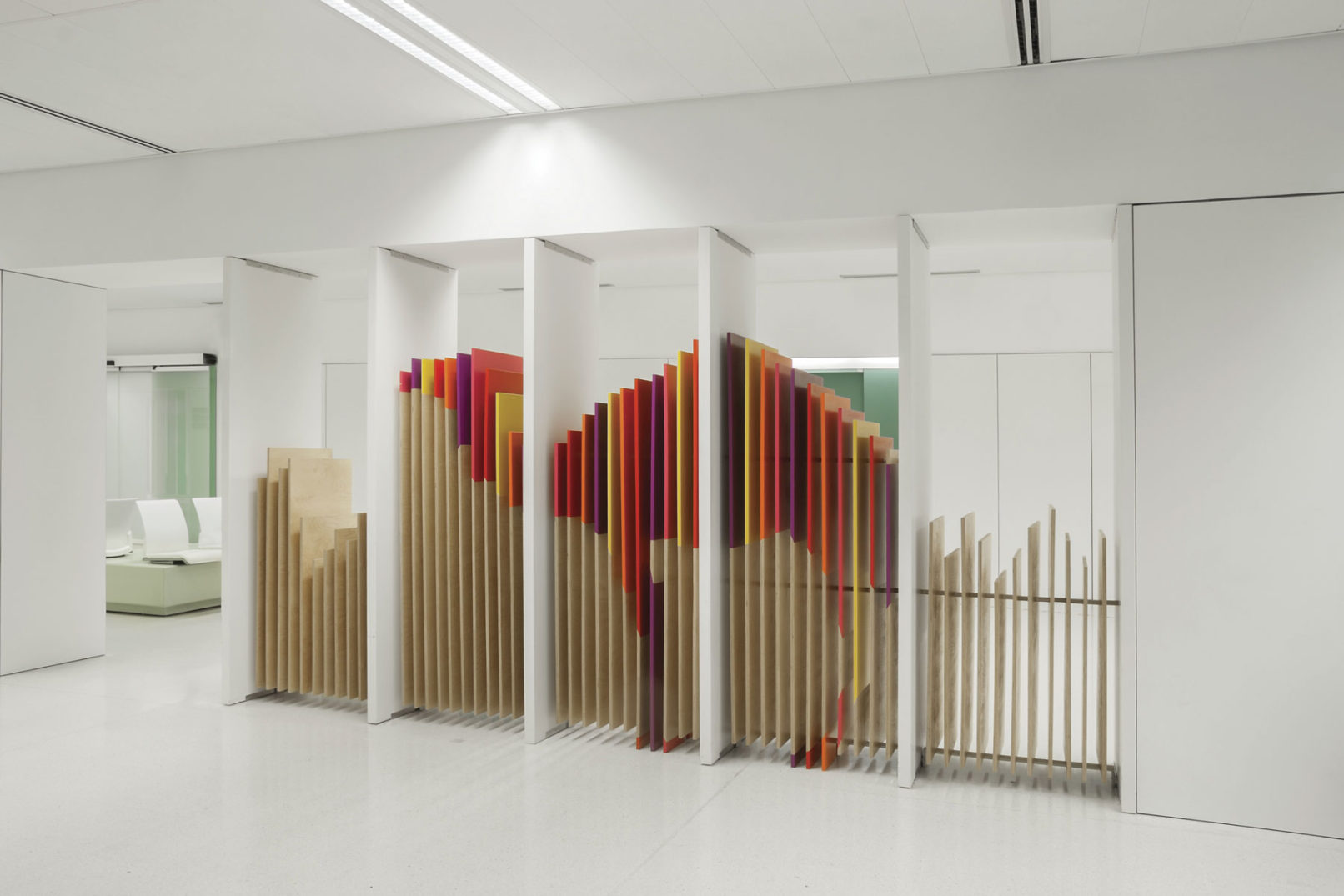 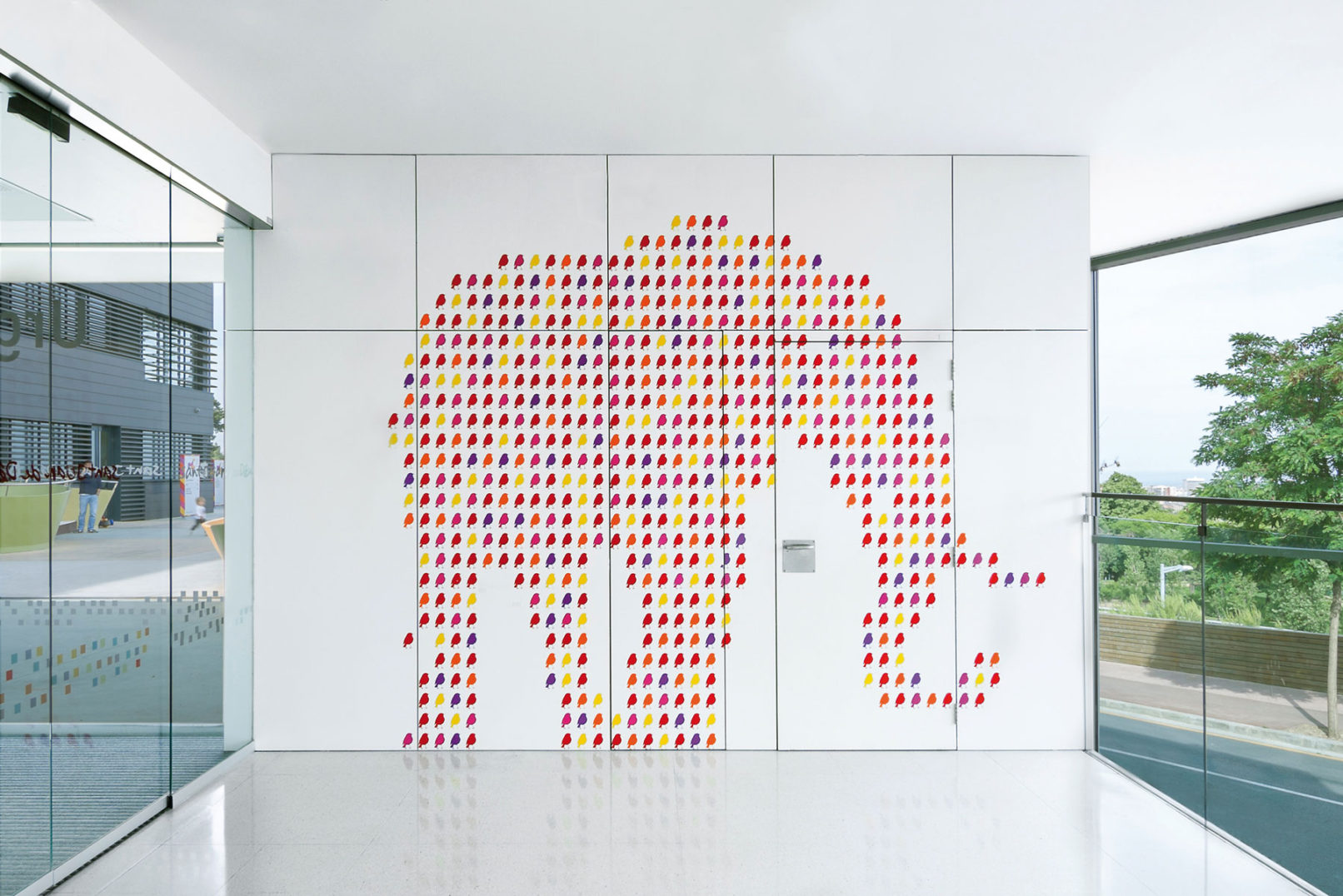 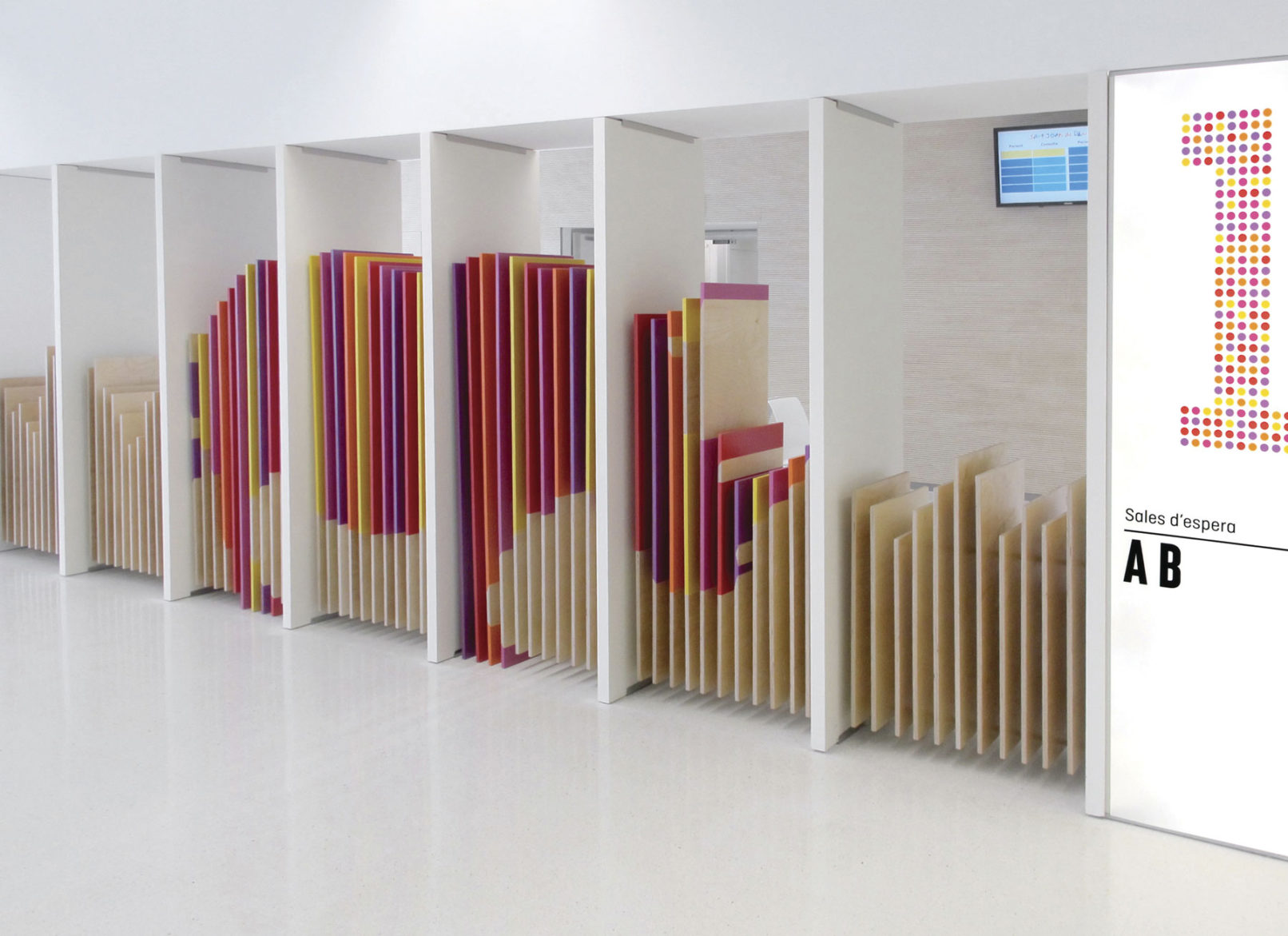 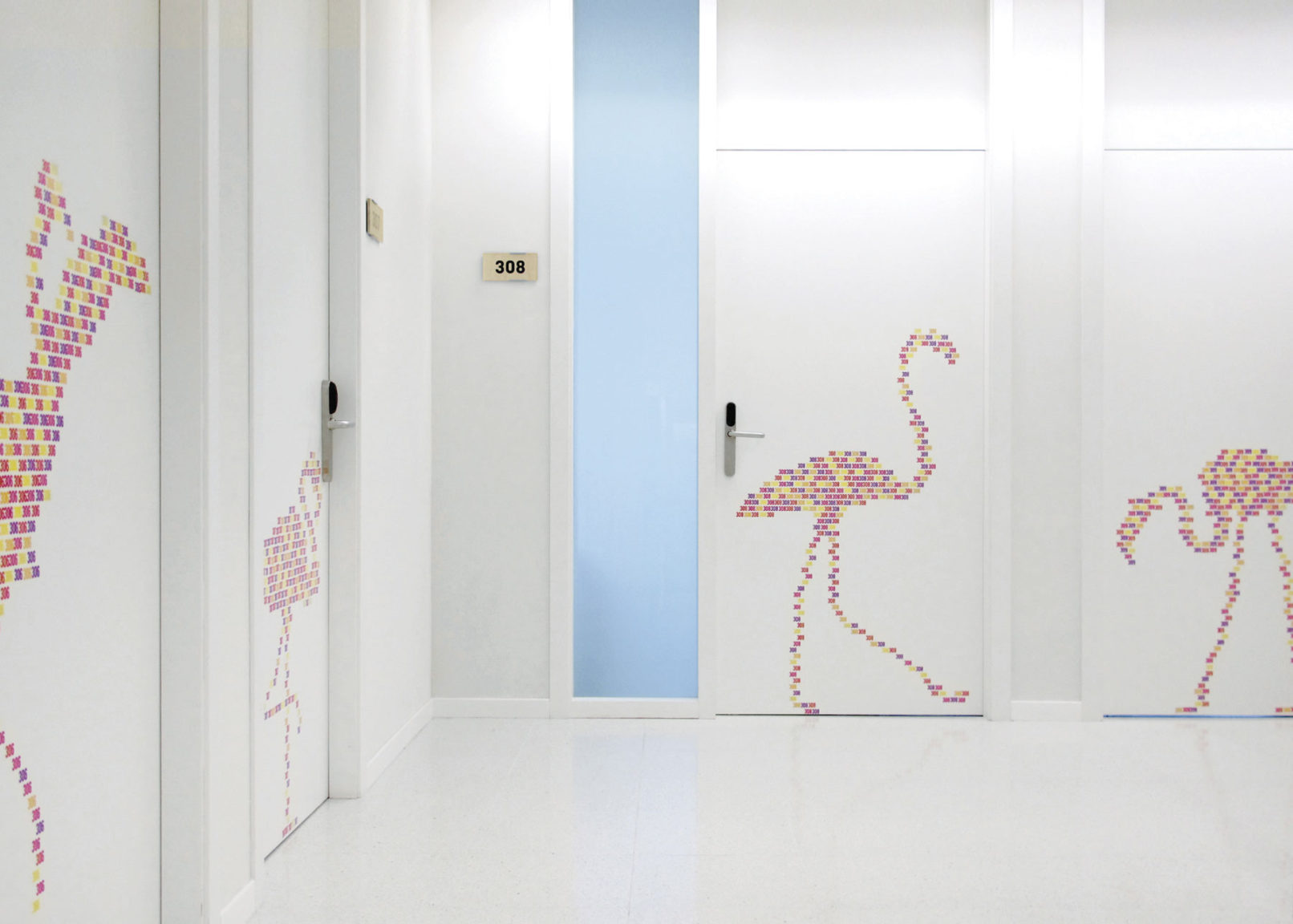 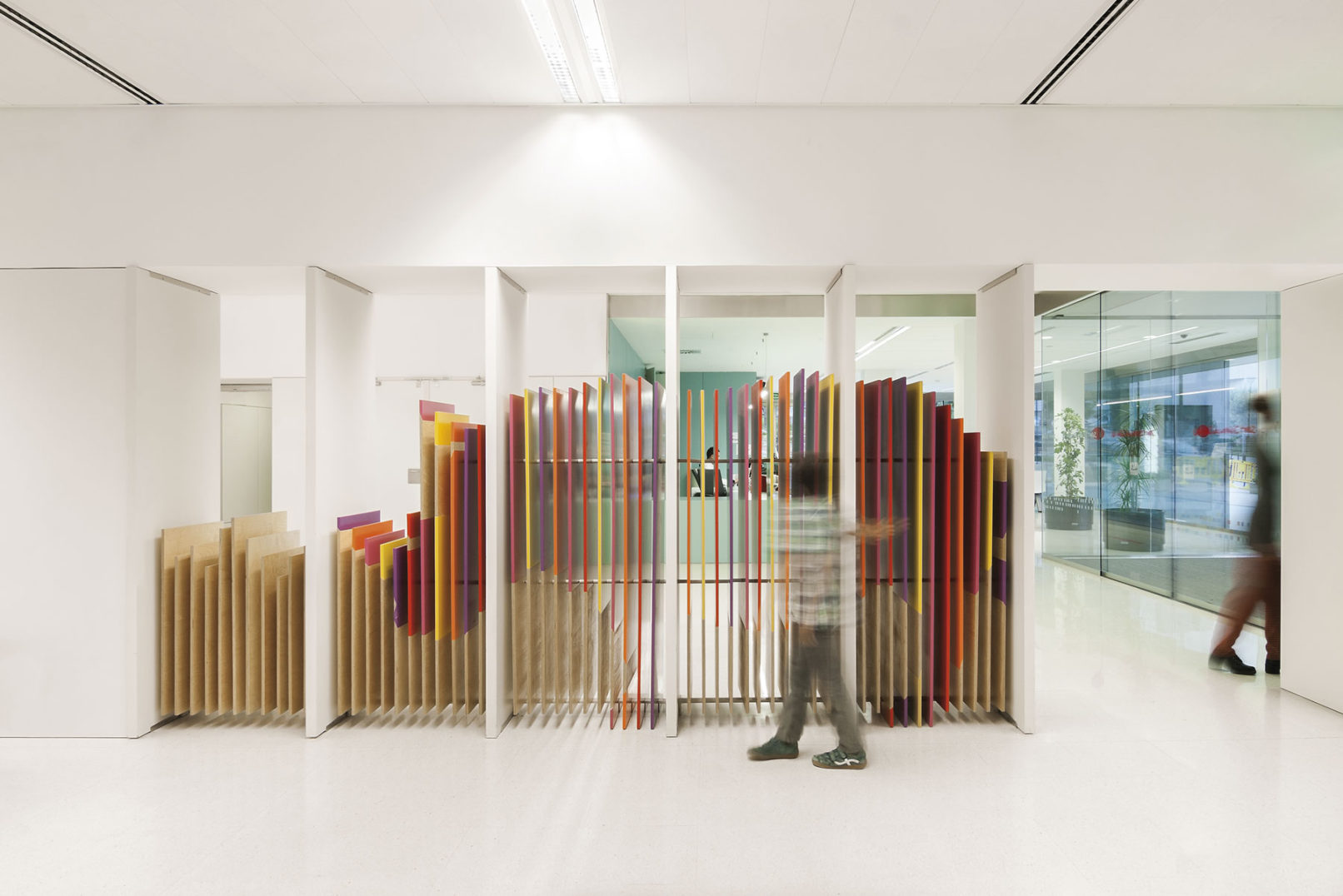 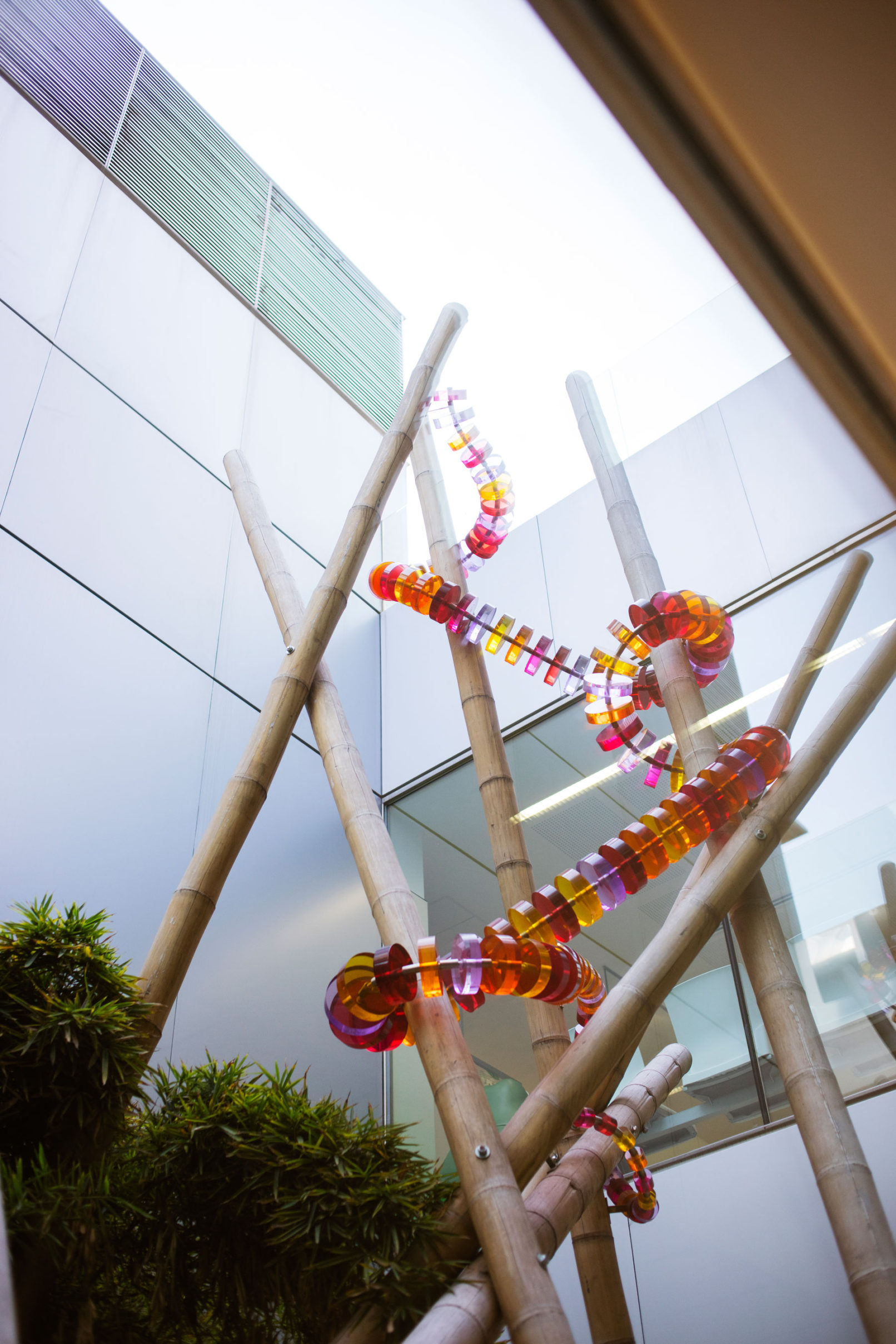 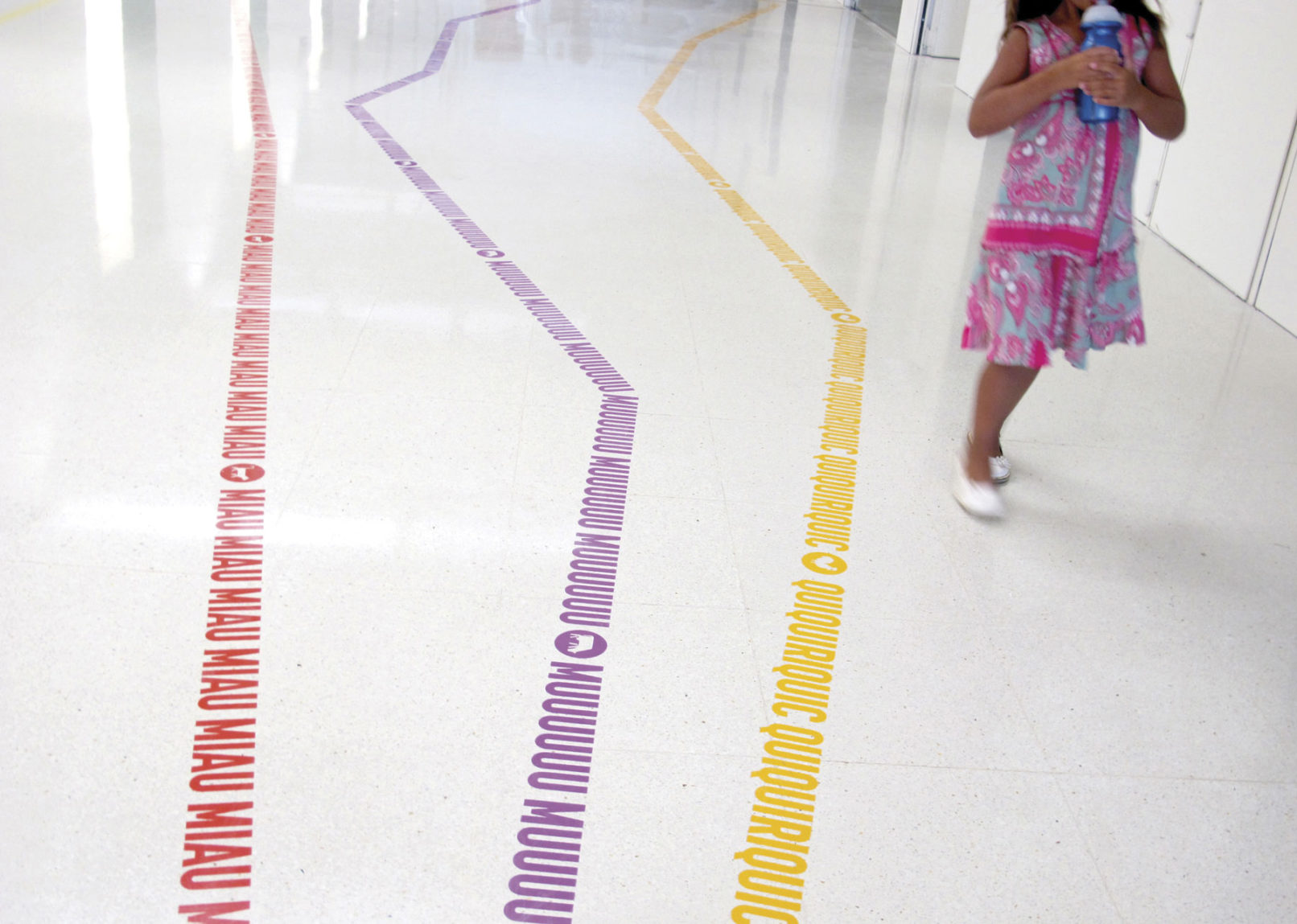 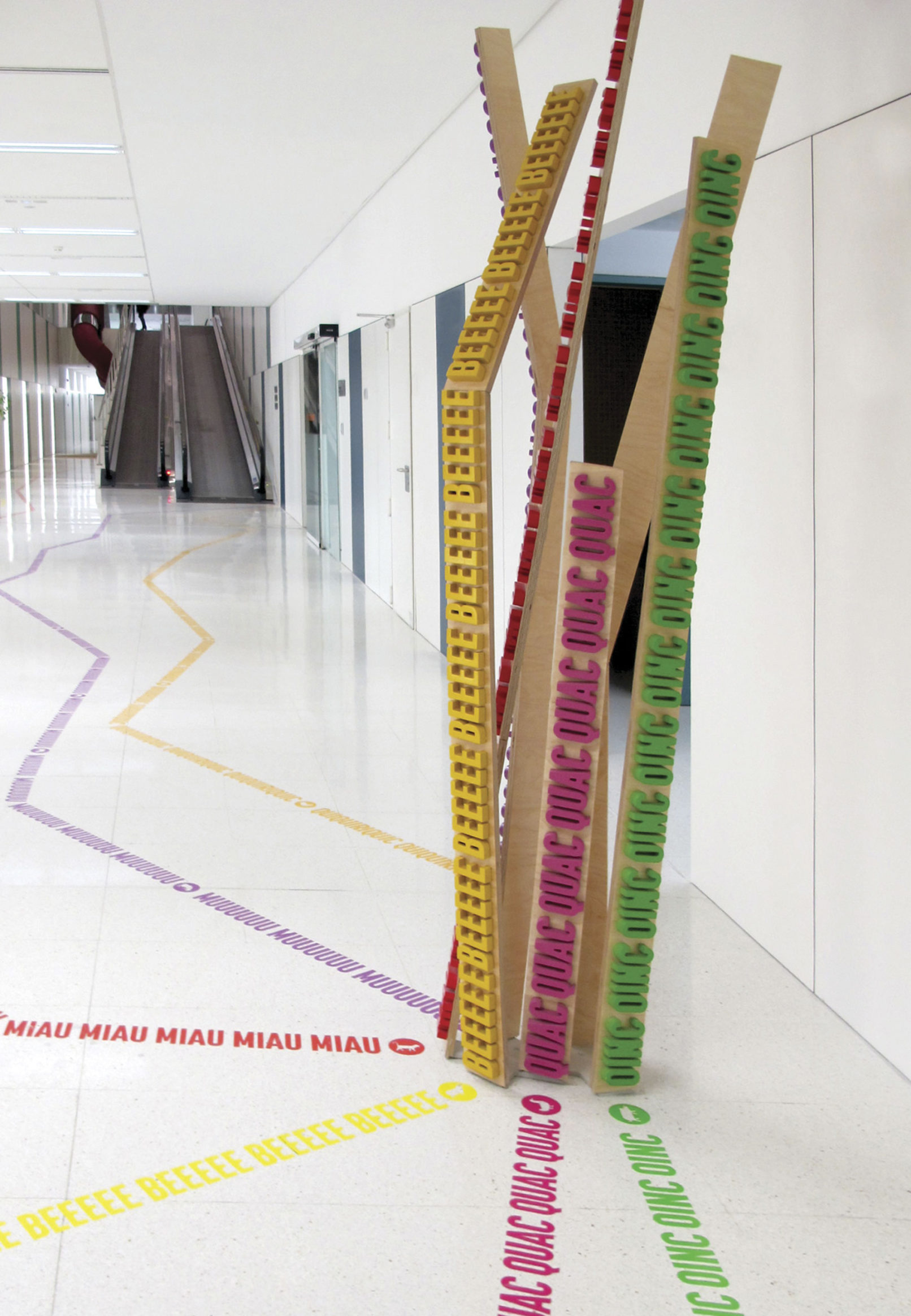